IR35 And The Private Sector: Too Early?

Since then, HMRC have faced heavy criticism regarding the extension of this legislation, with several studies condemning the chaos that IR35, and its online tool CEST has created within the public sector. In 2018 so far, 4 significant cases have been made against HMRC and the controversial legislation, involving various public sector organisations, including the BBC and presenter Christa Ackroyd, as reported by The Times.

HMRC have attempted to counter this criticism, with IFF Research producing a report on behalf of the taxman in 2018. The report argued that IR35 had had “minimal impact” on the public sector and its recruitment processes. However, Personnel Today reported in June 2018 that the National Health Service (NHS) had been “seriously damaged”, according to research conducted between the CIPD and IPSE (Association of Independent Professionals and the Self-Employed). With contractor costs rising and projects being delayed, these changes have put even more strain on this public sector organisation.

In June 2018, Seb Malley, Qdos Contractor CEO wrote into Economia, criticising HMRC’s desire to push ahead with IR35 introduction to the private sector, arguing that the issues with the public sector must be resolved before the chaotic legislation is introduced into the private sector. In the recent case taken by Jensal Software Limited against HMRC, Judge Jennifer Dean found that the company was not guilty of tax avoidance, portraying how IR35 legislation and its guidelines were too “blurry” to police within the public sector at this present time. Read our coverage of the case here.

Contracting authority ContractorCalculator’s recent survey of 2000 private and public sector, found that not only would 94% of contractors avoid taking on contracts that placed them “inside IR35”, but 73% of those surveyed reported they would only take on such contracts if a rate rise was included. This reiteratesPeople Management, who reported in April this year that contractor fees would rise dramatically if IR35 were to be extended to the private sector.

These criticisms confirm the findings of our report, which reveals how IR35 legislation is impacting negatively on innovation and productivity within the public sector, reducing the contractor talent pool, increasing fees and, in some cases, resulting in major project delays. With the government’s consultation on private sector IR35 legislation underway it will be more important than ever for private sector organisations and their two million contractors to make their voices heard. 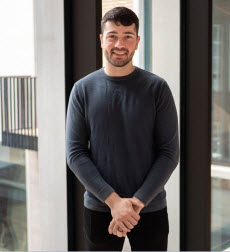