To celebrate Pride Month, Harvey Nash shone the spotlight on some of our LGBTQIA+ employees, starting with Erick Bosquez from our Harvey Nash USA office.

Erick Bosquez, grew up in a small conservative town in Kansas and has been living in Seattle for more than 20 years. Erick has been with Harvey Nash for almost 11 years and currently a Market Director for the Major Accounts team. At home Erick has a very full house, with his husband Cesario who he's been married to for 8 years, his mother Janey, and his daughter Rowan who just turned 5 and is completing pre-school.  Along with one dog and two cats – which means there's always a lot going on.

How do you celebrate PRIDE and what does it mean to you?

Pride Month is a special time for us.  A time that makes me nostalgic every year as we reflect and recognise the struggles our communities have faced in the past to get us where we are today with acceptance and inclusion. Acknowledging those that really had to fight the hard fight for us in order to have the rights and protections we have today. I think about Pride Month a lot from these perspectives as it has been a super difficult road for many people.

How I celebrate Pride is definitely much different than when I was much younger.  When I was younger it was a time for me to be out on the town with all of my friends at all hours of the night.  Today, with a 5 year old at home – it is much  much different.  We for sure dust off our pride flag to fly out in front of our house throughout the month as do a lot of our neighbours - which is really, really great to see. I live in a very inclusive neighbourhood and Seattle is progressive in general, so it doesn't matter where you are in Seattle during Pride month - you'll see Pride flags on a lot of streets. Now that I have a family and a little one, we participate more in the day activities we can find like the street fairs or going to BBQ’s with friends – activities that are more kid friendly. 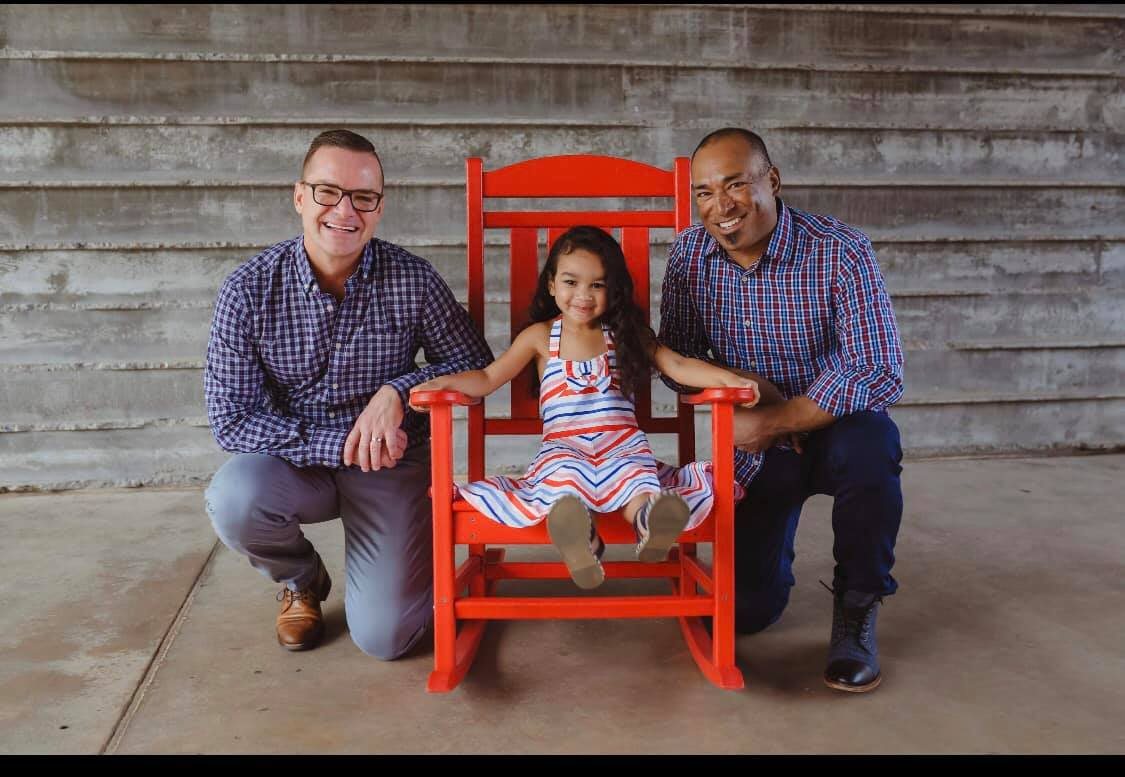 Erick Bosquez with his husband Cesario and daughter Rowan

One of the most difficult challenges for LGBTQI+ youth is the question of family acceptance. How was your coming out story?

I love telling my coming out story as it was actually very positive which makes me happy as I know not everyone gets to have the same positive experience and get the love and support from their families.

Finding the courage to come out to my family was really the hardest part for me.  I came out back when I was going to school at the University of Nebraska.  My mother and grandmother were headed up from Kansas to deliver a waterbed my grandmother had made for me from scratch (she was very crafty) and I knew I was going to come out at some point during the trip but didn’t know when.  We started putting the water bed together and I am pretty sure they could see that something was off with me – my nerves were getting the best of me.

So we decided to go and take a break and eat at the restaurant where I was a server.  This is where I had planned to tell them and at this point just wanted to get it out of the way.  My best friend also worked there and knew I was going to be telling them so of course told all of the Employees - so we had lots of people who were slowly walking by our table trying to eavesdrop on the conversation – it was funny but ridiculous at the same time.

I finally got the courage to let them know that I had something very serious to tell them.  I told them I was gay.  My grandmother didn’t even break a stride in eating  -she just kept on going and said “oh honey, I know a ton of gay people -it is not a big deal.”  Which is funny because we are from a rural town in Kansas with only 1000 people – how many gay people could she possibly know?  Then my mom said, “Erick, we have known all along and just know that we will love you no matter what”.  I ended up having a good cry at the table along with my mom as we are the emotional ones.  But I am thankful for how it all went down because I know I was fortunate.

I look back on that experience and kind of laugh, because like I think a lot of times people expect what you're going to get back from your family is going to be negative and heartbreak. What I got back was pure love and support from my family and I'm just really thankful for that because I 100% know that that is not everybody's coming out story. Especially coming from an extremely conservative family. The fact that my mother and my grandmother were so open minded about it was a really beautiful moment.

What do you want the readers to know about LGBTQ+ people?

I think what I would like to see most would be for folks to deepen their understanding of the LGBTQ + communities and hopefully find ways to be able so support us.  Although we have come a long way with our rights and acceptance, there is still a lot of hate out there in our world directed towards our community.  There are also a lot of youth out there who struggle with all kinds of mental health issues when wrestling with identifying as LGBTQ+ and finding support for these people is critical.  But I guess what I would really like readers to know about LGBTQ+ people are the we are just like everyone else and this is how we want to be treated.  In the end, love is love.

What is your view of employee pronouns in email signatures?

I love it. I actually just changed my yesterday.  I really like how frequently I am seeing this nowadays as it is an important part of diversity and inclusion conversation.  I feel it is important for the trans and non-binary people to let folks know what pronoun they would like to be addressed by.  I also think that by using pronouns in your signature it can really help normalize the conversation for people who may not feel comfortable talking about D&I and helps for those to not assume ones gender.

What do you think people can do this Pride Month to raise awareness about important issues that impact the global LGBTIQ community?

Volunteering your time to LGBTQ friendly organizations is a great way place to start.  Frequenting LGBTQ friendly businesses can also show support.  Attending some events during PRIDE month in your local community, educating yourself on how to become a better ally.  Donating to the Human Rights Campaign.  So many different ways one can show support.

What message would you send to someone who no longer wants to stay in the closet?

I think I would want to have a conversation with them about everyone’s journey being different and that there really is no right or wrong way to go about it.  Having them understand that is important.  I also think letting that person know that they have a support system in me is equally important.  Coming out can be very difficult for a lot of people and if you don’t have a person or friends around you who love you and support you no matter what – it can definitely make your situation a lot harder.

What are some strategies organisations can follow to promote positive and healthy environment for colleagues who are LGBTQI+?

Having events that are LGBTQ focused in the workplace would be helpful. Having speakers and figuring out ways to do social outings even if their virtual - post pandemic to unite LGBTQ folks from around the globe would be good to see.

Businesses supporting equality legislation for their LGBTQI+ staff is something positive companies can do to show their support for our community.

Can you name top 3 things not to say to LGBTQI+ people?

Probably the biggest one would be ‘when did you decide to become gay”.  I think I would have to end the conversation right there if I were to hear that one.  Another one might be “well you don’t seem gay or act gay”.  One that I heard today on a show I was watching was “who is the man in the relationship?”  Although my husband and I often joke around about our gender roles with things that need to get done in the house -this can be very offensive to someone if you don’t know them.

What active role should companies play when offensive comments occur?

I don’t think that Sexual Orientation Discrimination in the workplace should be treated any differently than any other kind of work discrimination or harassment.  I would hope that if someone is subject to offensive comments in the workplace that it would be dealt with very quickly by management and if it is reported and not handled properly – you should probably be questioning the company you are working for.

What do you want to say to your partner and daughter?

That I love both of them very much. I'm very proud and happy with our little diverse family that we've created. And I really love watching my little 5 year old Rowan embrace having two dads and understanding why she's really special and that we are unique.  Watching her tell her classmates how proud she was of her 2 dads literally melted my heart.  She is a beautiful soul.

Katie shared her story to womanhood and provided clear but entertaining explanations about all things trans, providing her top tips for being a trans ally along with answering all questions. We were thrilled to host this event and understand education is key to ensure everyone can feel welcome in our community. 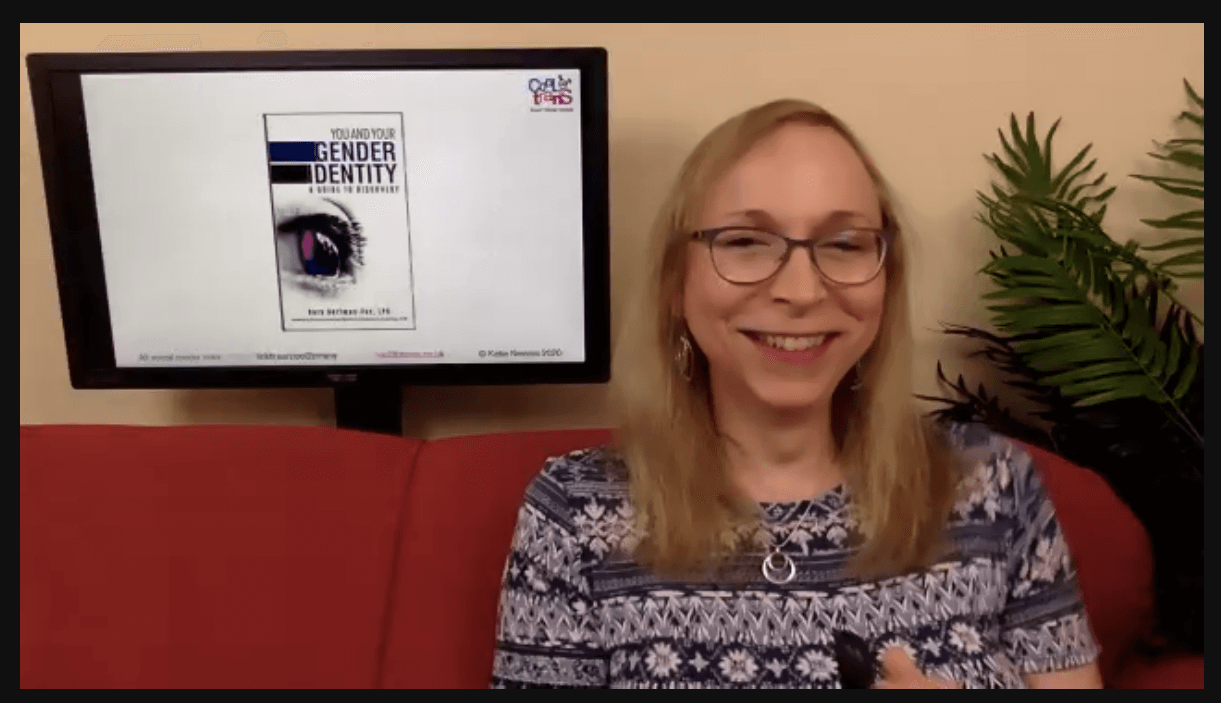 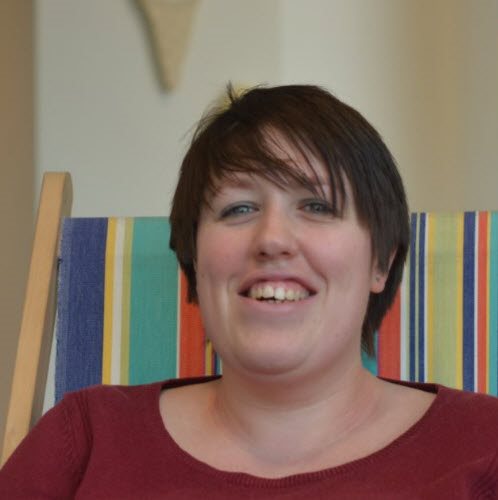 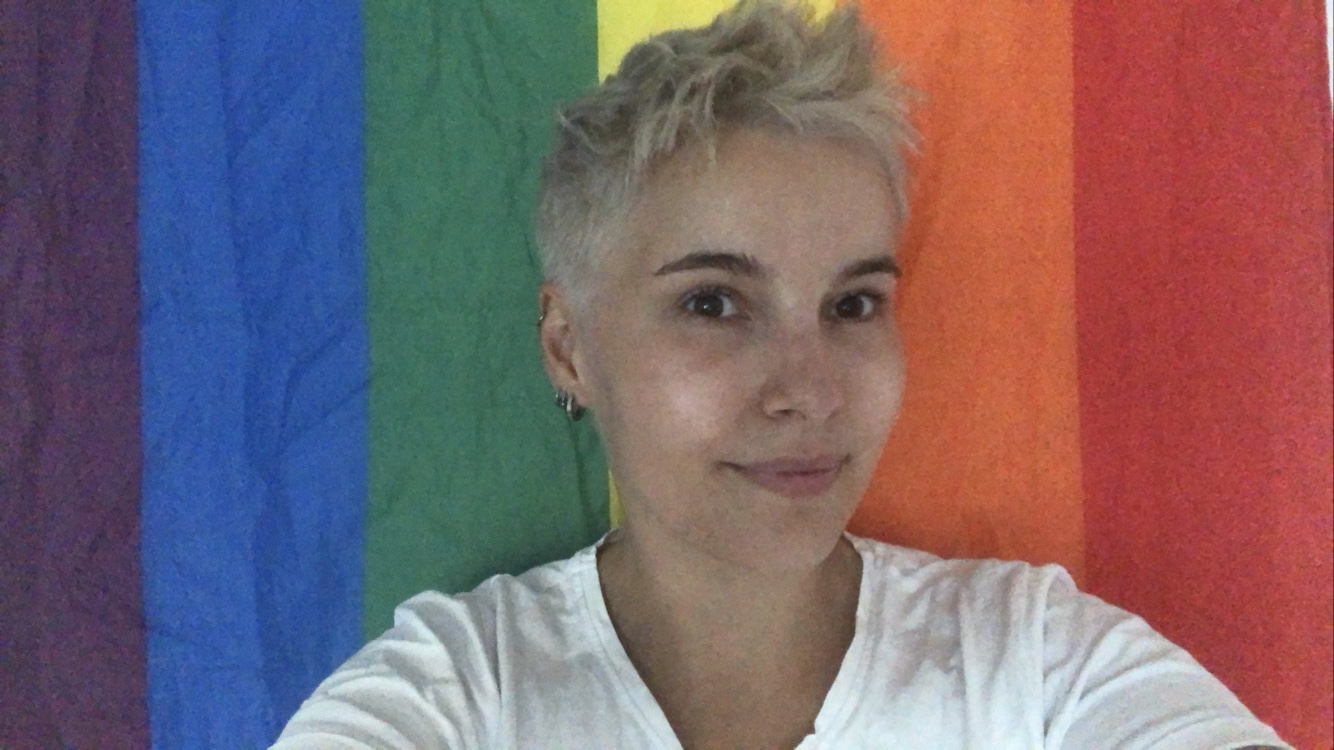 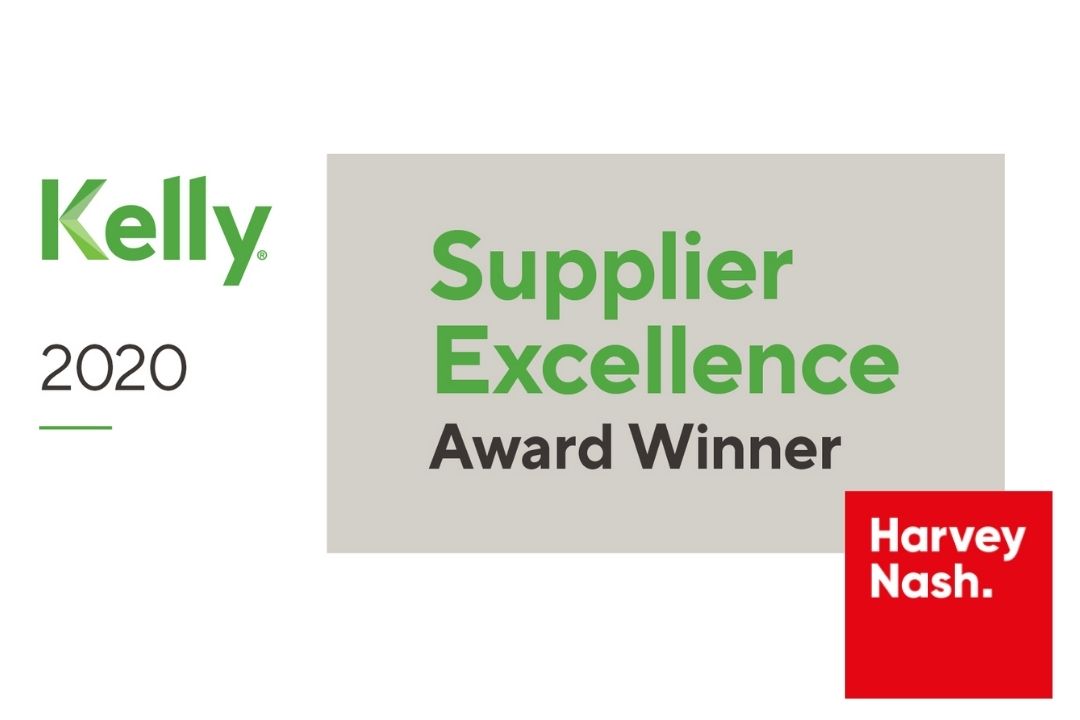